I still lose my faith, nearly everyday
Wonder if I’m still awake at all
I still lose your face, you don’t have much to say
Still I go on talking to this wall
Turn around, I’ve forgotten how you sound
Your rhythm and your rhyme have lost me now
Still I follow you down, Won’t you please turn around
For a $10 price I’ll buy you something nice
Put it on a string around your neck
For a $10 price they’ll put my name on a grain of rice
But all you want is every grain of sand
Turn around, I’m tired of breaking down
If you’re love you still feel a lot like doubt
Can you hear me now? Short and sweet turn around
Turn around, Are you bigger than my doubt?
I’ve been a coward, pure and devout
Still I’ll follow you down
Turn around, Are you truth or hand me down?
I thought I’d have you figured out by now
All eyes on me, right on my count, 1-2-3 turn around

Ooh, black lipstick and red dress
Have you ever seen such a beautiful mess
She’s a queen in a kingdom of silence
Just another grey island
She’s perfectly poised to silence the noise
She’s killing conversation
I asked for her soul but god only knows

it got lost in the translation
Have you seen, Are you even trying
To forget my crying, You won’t let me say goodbye
On and on you’re so far gone
I stopped waiting for you, I’m borrowed and blue
I’m old and I’m new, Can I just borrow some blues

by Bill McGarvey and Nathan Broulliet

Tommy’s got a CB radio, That someone tried to hide
He knows it must be his father’s, Who disappeared

when he was born, In the dark of his room the lights are

flashing he listens all night long
Come on, come in, The call goes out all over the land
Homemade antennas, Hot-wired with tin
We’re staying up all night on the citizens’ band
There’s thirteen years of dust, On top of the little black box,

His mother hears him talking to passing cars and semi trucks,

She says his father is out there, It sounds believable,

She says he’s in the interference between the clean signals
Come on, come in, The call goes out all over the land
Homemade antennas, Hot-wired with tin
We’re staying up all night on the citizens’ band
And no one knows what to believe
Is he an idiot child or permanently naive?
Then a clean rush of static comes over the air
And he turns up the volume, To see who’s there
Out where everyone is equal, Just signals fading in and out,

Tommy’s waiting on a power surge to blow the whole band out,

Until he’s sitting down

Talking to the stars that light up his father’s house
Come on, come in, The call goes out all over the land
We’re staying up all night on the citizens’ band

by Bill McGarvey and Stephen Dima

You put your faith in sunny days and blue skies
Kept the growing clouds at bay for a while
Now the sky is falling, you’re showing signs of grey
Long ago and far away, like a child
You said your fairy tales and prayed in rhyme
Better check on your mascara
We’re expecting purple rain
To the saddest brown-eyed girl in the world
There’s only one color for you, True blue
Leave your silver by the bed, and Cry, cry
You’ve been loyal to the end, My, my
Now your splintered heart is turning
so many shades of red
Twinkle twinkle little star, So high
Don’t you wonder why we are surprised
You’ve been waiting for white fire, But we can’t even spark
To the saddest brown-eyed girl in the world
But only one color will do, True blue
Hey where did we go?

[I still hear your call]
Dazed and hollow

at the counter with a chocolate shake,

Her Dad just bought her something sweet

to go with the heartbreak
“It’s nothing you’ve done, be good for your Mom,

and found herself a mate.

She kept the peace at any cost

and she counted herself safe.

What more could she want her life was a pawn,

it was gone gone gone
She just played along

But from what I’ve seen I can guarantee

Some prayers don’t have wings

“You are my son, you’re my only son

try to be strong when I’m gone gone gone”

You’re the laughter in my bed at night
The silence in the morning time
You’re every waking hour in between
You’re the simplest of melodies
A pretty little symphony
You’re the last remaining reason left to sing
So high and lonesome, A song heard by no one
You’re waltzing through a world in common time
And you’re mine
You’re the shyness of Jacqueline,

The bombshell that was Marilyn,

You have Farrah Fawcett dreams beneath your skin,

You set the Rockefeller standard,

You’re happy ever after,

With a silver spoon that turns out to be tin.

With your eyes wide open,

Your dreams won’t be stolen.

You might wake up but you’ll never learn to rise
And you’re mine
Valentine, Fall apart if your candy heart,
Won’t say Yer Mine
With your arms wide open your heart can’t be broken
You’ll fall in love, But you’re getting out alive
And you’re mine

When your friends are breaking off in two’s
And you’ve stumbled off the curb on Fifth Avenue
When you’re feeling restless and confused
It’s time
When the best your heart is dreaming up
Is just a cup of coffee and a crossword buzz
And you’re looking for a four-letter word for love
It’s time
A little bit of help is all you need
Lay your demons down right next to me
You can fight them all your life or let them be
It’s time
A little bit of hope is all you need
You better leave yourself alone and lean on me
You’ve been waiting half your life but there’s no need…It’s time
When you’re feeling like a cartoon in a magazine
And you’re basing your whole life on what you read,
You know that there’s a joke but what’s it mean?
When you’ve given up on finding your true home
And you’re looking for a sign that’s never shown
I can guarantee you now you’re not alone
It’s time

You make me feel something I really can’t control

I hear your name is spoken, I feel like spitting on your soul
It’s not something that makes me proud,

To spit in public places even if I won’t get caught.

That 60’s reverb sadness has been with us all along.

Taking up space, Playing with my mind,

I’m saving my breath
And I waste a goodbye
Open wounds and vinegar sting when they collide
The shaking makes you violent, your teeth begin to grind.

I’m walking by your window, Your light is often on
I listen for the sound, is a human being home
And I wonder what I’d do if I heard you singing songs
Some lonely Beach Boys tune, “Girl Don’t Tell Me” just for fun,

Being True to Your School,

Waste a goodbye
It’s more than Prozac anger when the fever finally broke.

It’s less like intuition, more like some child’s joke
Now I don’t know for certain, just the what and where
About the girls in France and how the boys don’t even care.

And the man from Nantucket, he gave up and died
Carried him off in a bucket, I couldn’t even cry

by Bill McGarvey and Stephen Dima

There’s a simple thing that’s keeping you up tonight

Now you’ve wasted all your lipstick on the phone

So many calls when really all you hope to find

You’re not alone
So now it’s come to this,

some sparkle kiss has you running blind

And it’s taken you so far away from home

But the trouble is

you always miss who’s right by your side

You’re not alone
Take the rivers with you

You’ll need them if you start to cry

You know that you can’t make it on your own

Take this traveler’s prayer with you on your ride

You know that I can’t kiss you on the phone

Her mother calls her Lollipop,

Sweet right to the top and back down to her shoes…

Breaking in two
In a Princeton Sunday school,

She loves to learn of the flood and Noah’s personal zoo,
Breaking in twos
For forty days and nights,

They stayed safe and dry
But outside the ark

there were so many hearts left behind
She grew up and set out to find
If anybody survived or anyone even knew
If the story was true,

Just outside of Bethlehem
They built a wall to the sky

and her heart saw the proof…

Breaking in two
With concrete and barbed wire
The flood grew higher and higher
While people stood at checkpoints waiting in line
For forty days and nights,

God kept them safe and dry,

But outside the ark there were so many hearts left behind
She wonders where the rainbow hides
Or if it’s all just a lie,

(based in part on Ellen O’Grady’s

She went looking for a savior,

Someone who could take her and marry her by 33
Someone to make her a mother,

Take her deep in the suburbs,

Cause that’s where she was born to be
But with nobody asking and her nail polish cracking,

in mirrors and black pumps,

They called it New Jerusalem
They made shopping at flagships

as sacred as worship,

A child walked up all alone
She asked me

“Where did you come from and do you know the way back home?”
Please don’t go, Please don’t go
You’ve got to promise me you’ll stay right here

Please don’t go
I said the prayer of the faithful

I was willing and able

to believe in some kingdom come.

I held the hand of my mother As she finally crumbled

When her life was very nearly done

I leaned over to kiss her, And quietly whispered
“Can you see that you are not alone?”
She let go of my hand and mouthed the words
‘I don’t know’
Please don’t go, Please don’t go 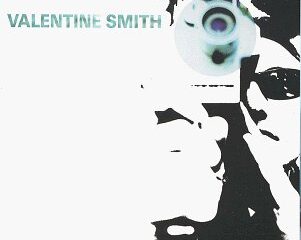