Plaid As Hell; The Cover-Up Sessions Vol.1  (2004)
Bill McGarvey & The Good Thieves, Recorded Live at The Goldhawk
(limited edition cd is sold out, click to listen/download the full album below)

Liner notes from the original CD.

Right around the time the cover photo for this CD was taken, I was torn between competing desires in my life: should I try to follow my dream of establishing myself as the first plaid superhero or should I continue to explore the world of music that I was discovering through the am/fm clock radio that I kept next to my bed?

It was a tough decision.

But it turns out careers as a superhero are usually short-lived and extremely hard to come by, so I settled on music instead… a far more secure profession. I didn’t have much money for records – – I didn’t even own a stereo until I was out of high school – – so most of the music I heard came from the Philadelphia radio stations I listened to on that clock radio. On stations like WFIL-AM, WMMR, WYSP & WZZD I listened to everything from Top 40 and Disco to FM rock radio. This all took place during that wonderful time as a kid when you don’t care what’s considered cool and uncool, you just know what you love.

It was in that spirit that I decided we should do an entire night of other people’s songs. The Good Thieves — Kimberly Nordling-Curtin, Eric dePicciotto, Thomas Novembre & William Paris — and I bounced around a lot of ideas and eventually whittled the list down to 15 songs (11 of which are on this CD).

The show was recorded with one room microphone directly into a two-track minidisk recorder so we weren’t able to go in later and change the instrument levels. Fortunately the sound mix in the room was good for the most part (although if you ever see me play a tambourine at a show again you now have permission to shoot me on site).

Essentially this is the same show that the crowd at The Gold Hawk in Hoboken, NJ, heard on Thursday, July 24, 2003. Many thanks to our friends in Ollabelle who opened the show and to all the people who came out that night and continue to support us. 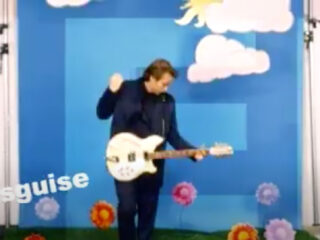 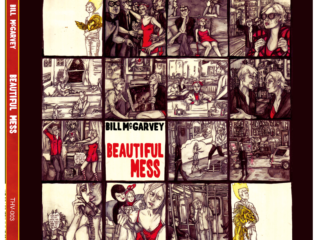