Whether it’s creation, execution or fulfillment, McG Media LLC specializes in strategic planning, production and ongoing media engagement for organizations who want their message to stand out amidst an overcrowded communications landscape.

We invite you to visit our site’s “About” section for insight into our services or take look at our “Projects” or “News” pages for a glimpse into both our ongoing and past projects. 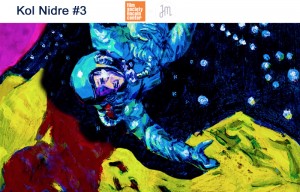 Kol Nidre #3, a short, animated film produced by McG Media’s Bill McGarvey had its World Premiere on January 11 at the New York Jewish Film Festival sponsored by the Film Society of Lincoln Center and the Jewish Museum.  The film featured the paintings of Archie Rand and his book “The 613” and the music of Jeremiah Lockwood. Rabbi Dan Ain of Because Jewish served as the executive producer. Click for pictures from the premiere.